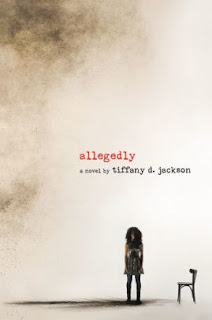 Accused at the age of nine of killing an infant girl, Mary has served six years in jail and is now on parole in a halfway house.  But when she discovers that the state is going to take away her own baby on account of her criminal past, she finds the voice that she never managed to have during her trial and steps forward to announce she never murdered the baby.  The story, as it unfolds, implicates Mary's mother, over zealous prosecutors, and poor representation, and is one grueling revelation after another.  Through it all, however, Mary proves to be her own worst enemy as she manages to sabotage every attempt to rescue herself.

A grueling story that doesn't even have the heart to reward the reader in the end.  One could make the argument that Jackson eschews a happy ending in the interest of realism, but Mary becomes such an unsympathetic character that I really considered tossing the book in the last fifty pages.  Your results may vary and if you DO find Mary to be worth the trouble, then you'll get a pretty good story of survival and how much a child can endure, even if she falls victim to her flaws in the end.
Posted by Paul at 3:18 PM