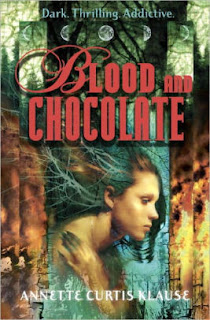 Vivian and her pack have survived among humans by keeping a low profile.  Werewolves, they live together in a pack, moving on when they sense that the group is in danger.  The pack however is being torn apart because one of their members is killing humans and bringing unwanted attention their way.  Viv meanwhile has broken rules on her own:  dating a human and then – in a fit of poor judgment – revealing herself to him.  Worse, as the body count starts to rise, the evidence suggests that it might be Viv who is actually the murderer.

I’ve never had much interest in supernatural YA, but I was given this book by an acquaintance in order to introduce me to the genre.  I was particularly struck by one key difference from more realistic YA:  werewolves are much more carnal creatures and Viv gets to exhibit a lot more sexual agency than a typical human teenager would be allowed.  I wonder if that is in fact a big part of the appeal (be a werewolf and you get to lustily attack your boyfriend)?

Storywise, there were way too many characters and the ending fizzled out.  And a minor pet peeve was the title: there was plenty of blood, but no chocolate! But even if the novel was flawed, what an interesting diversion!
Posted by Paul at 10:59 AM