Miles Away from You, by A. B. Rutledge 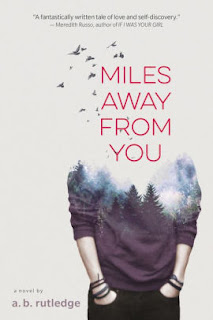 With his trans girlfriend in a coma, Miles is talked into taking a vacation in Iceland to get away from it all.  There, he befriends Oskar, a generous and sexy concierge who helps facilitate a series of wild adventures in Reykjavik and surrounding areas.  The experience allows him to come to terms with his loss and also to further explore his gender identity in sometimes funny and sometimes poignant episodes.

Rutledge is a rarity:  a female writer who gets boys down tone perfect.  Because even if Miles's sexuality is all over the map and the other male lead is gay, young men regardless of gender identity talk and act in a certain way that the vast majority of female writers just don't get.  That in itself would impress me, but Rutledge is also a very adventuresome writer (who else has created a character like Miles -- floating aimlessly across the Kinsey spectrum -- so matter-of-factly and so humorously?) who so effortlessly finds the humor in sadness and the sad in fun.  There were moments when things could drag and I didn't find the story particularly "heartbreaking" (as promised in the back cover quotes from heavy hitters Russo and Wittlinger), but this quirky Icelandic romp was well worth the read.
Posted by Paul at 1:38 PM No comments:

The Astonishing Color of After, by Emily X. R. Pan 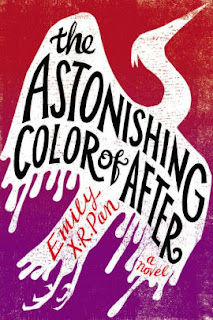 In the aftermath of her mother's death by suicide, Leigh develops the notion that her mother's ghost has been visiting her in the form of a big red bird.  The bird, it becomes apparent, wants her to visit her mother's parents in Taipei, whom Leigh has never met.  Once there, a series of strange and wonderful events leads Leigh on a trip of discovery, not only into her mother's past, but also into the secrets of her family.  But still, the bird seems to have a message to tell her and with only a few days before her mother's ghost is gone forever, Leigh is desperate to find out what that message is.  At the same time, Leigh has left behind (but not forgotten) troubles at home, in the form of an old friend whom she wishes were someone more.

The novel is a mix of family drama and Taiwanese mysticism that sounds messy but actually gels nicely.  Pan writes beautifully and expressively and this lyrical story has a lot packed inside of it.  Surprisingly, the fraught and melodramatic themes of grief and regret are not so pronounced, instead the author focuses on discovering one's legacy and history (and the healing role that such a journey plays in coming to terms with loss).  The result is a transcendent novel about rebirth.
Posted by Paul at 2:30 PM No comments:

The Next Together, by Lauren James 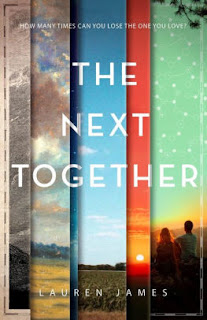 Katherine and Matthew have a way of finding each other through history.  From their first incarnation in Carlisle in 1745, and again in 1854 in Sebastopol, and then again in 2019, and finally in 2039.  Each time, they end up trying to prevent an imminent catastrophe (and incidentally falling in love).  Sometimes they succeed, sometimes they fail, but each time one or both of them dies.  And the cycle repeats again.

Told out of sequence, the novel jumps around time periods fluidly and, towards the end, the characters do as well.  This leads to some pretty fast paced storytelling and a good deal of suspense.  A blurb on the cover promises “heartbreak” but there isn’t much of that, although a fairly breezy post script does provide a satisfactory conclusion.

The novel is rough in spots.  There’s apparently an additional timeline in WW II era that was cut out of the story, but a few stray references remain (which seems like sloppy editing).  And while the 2019-era Katherine and Matthew are cute and adorable, we don’t get much heat out of the rest of them.  I think this is a great entertainment and I enjoyed the set-up (what’s not to like about an adventure that transcends multiple epochs?), but it's not terribly deep and my emotional involvement in the characters was minimal.
Posted by Paul at 2:16 PM No comments: While selling baked goods to benefit girls' education outside a Firefly convention, Viola falls ill and collapses.  The culprit is the sudden onset of an allergy to sunlight.  Her new condition threatens to derail all of her plans as she finds herself herded into a protective (dark) cocoon by her professional crisis-manager parents.  The love interest (Josh) has issues of his own, not least of which is trying to complete the design and drawing of a comic book started by his twin brother, before said brother was killed in an accident.

Chen's latest novel is a story of losses and how to deal with them.  The characters are vivid, memorable, and fun -- Chen has a good sense for how to craft memorable features and idiosyncracies. Towards the end, Chen does a great job of showing how all of these diverse characters actually are similarly unable to face breaking out of their safe zones.  And while Viola has the most to lose (i.e., her life) by trying to live her life large, she seems to appreciate the most about what is to be gained.  Chen's book has moments like this when it transcends the story and makes a great Deep Point.

But the story is a bit of a mess, which has generally been my issue with Chen's writing in the past.  So many different characters and (ending summary notwithstanding) not much to really bring them together, and nothing to say in the end.  In the last fifty pages, any of the given chapters could have made just as useful of a conclusion as the one that we actually end on.  And the fact that no issues are actually resolved and the only serious character growth is Viola's little sister (a bit part at most) leaves the reader wondering what the point really was.

[I received an ARC from the publisher in exchange for an unbiased pre-publication review.  The book is scheduled to be released on July 31st]
Posted by Paul at 1:51 PM No comments:

A Tyranny of Petticoats, ed by Jessica Spotswood 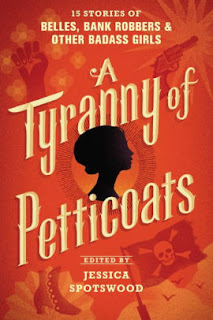 Fifteen short stories about young women in American history, providing a fictionalized herstory of the country.  Spotswood picks up a diverse collection of authors who delve into some fairly creative places. The most interesting stories pick up unusual locales (Coat’s story of survival in the arctic) or rarely treated eras (Tulley’s account of the 1968 Chicago Democratic Convention riots).  Mitchell’s spin on Bonnie and Clyde is amusing and ends on a high note.  Many of the stories are quite clever.

But short story collections tend to be uneven and some of the stories work better than others.  The good ones can be frustrating as they leave you longing for more (in counterpoint, at least the shorter ones don't last too long!).  For me, there were entirely too many supernatural stories and not enough serious history.  A greater diversity of time periods would have helped as well -- while the Civil War and WWII are each represented by a story, there’s nothing from the Revolutionary War or even the Gilded Age.
Posted by Paul at 2:22 PM No comments: