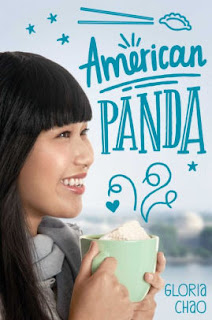 Growing up in the pressure cooker of a traditional Taiwanese family, Mei knew what was expected of her:  get perfect grades, attend MIT, and become a doctor.  Then afterwards marry a nice Taiwanese doctor and produce lots of babies (preferably male).

Her problem is that she doesn't quite measure up:  Mei is a germaphobe, can’t stand biology classes, and has no interest in the kind of boys her parents want her to marry. She’d rather run a dance studio and explore what the world has to offer.  And she’s found a Japanese-American guy who she thinks is pretty cute!  Her parents are aghast.  They already disowned Mei's bolder brother when he cast off their restrictive aspirations and now it looks as if the same thing will befall Mei.

So far, so typical – and the world hardly needs another story about an independent young woman trying to break free from traditional constraints and overbearing parents.  But then, the story takes off into less conventional directions, exploring why the parents are so tradition-bound and, more broadly, discussing what the purposes of traditions actually are. The character of Mei's mother does a major 180 – morphing from annoying tiger mom to and sympathetic and even tragic figure.  And while the story itself ends in a rosy happy place, Chao has done much more with the material in the interim.
Posted by Paul at 9:50 AM