Girl Made of Stars, by Ashley Herring Blake 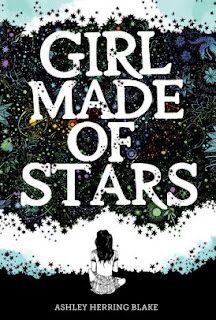 Lying on the roof with her twin brother Owen and watching the heavens, Mara found it easy to believe his fairy tales about being children of the stars.  But she's harshly pulled down to earth when Owen is accused of raping her friend Hannah.  Initially torn by competing loyalties, Mara’s feelings turn to horror when she realizes that Hannah isn’t lying and, worse, no one believes her and Mara.
But the story is more complicated, because Hannah’s ordeal dredges back up an equally traumatic assault that Mara experienced a few years earlier and has been struggling to suppress in the meantime.  Faced with the suffering of her friend and her family’s indifference to Hannah (and transferring it to the indifference she faced herself), Mara finally finds an ally and revisits the pain of her own experience.

With sharp and timely insights about date rape, victim shaming, and sexual consent, this is a powerful story that is well told.  It’s heart wrenching reading, as one would expect, but not exploitative.   Rather, it gets its power through honesty and emotional rawness.  There’s hardly a single wrong note here as Blake deftly handles the often conflicting and irrational feelings of guilt, anguish, panic, powerlessness, and anger that make up the experience of having one’s bodily integrity violated.

The writing is exquisite and adolescent characters well-developed (the adults get short shrift).  Mara’s strengths are empowering, even when she takes inevitable steps backward.  And her relationship with her brother is nuanced and well-balanced – it would have been very easy to make Owen evil or innocent and Blake struggles with that through the end of the novel (I’m not 100% happy with where we end up, but I respect the author’s choices).  It is a complicated situation, made more so by the interference of friends and family in a way that is as disturbing as it realistic.

A truly remarkable and memorable novel.  My current pick for best book of the year.
Posted by Paul at 2:06 PM