The Love Letters of Abelard and Lily, by Laura Creedle 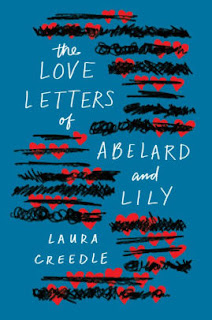 Lily has ADHD and suffers from poor impulse control.  She’s bright, but failing most of her classes.  She considers it pretty much inevitable that she will fail at everything she undertakes.  So, it comes as some surprise when she finds herself in a budding relationship with Abelard, who is autistic and has issues of his own.

Somehow it just happened (admittedly when she decided to impulsively kiss Abelard while they were sitting in the principal's office!).  But a relationship between the always late and easily distracted Lily and the obsessively punctual Abelard will be full of greater tortures than the medieval lovers Abelard and Heloise!

A charming love story that sounds like it should be a comedy, but never really goes into romantic comedy territory.  Instead, Creedle plays this straught, exploring with openness and sympathy the emotional rollercoaster of adolescent love (full of so many expectations and impulses as it is) through the eyes of the neuro atypical.  The character building is lovely and you really get inside Lily’s head (Abelard's somewhat less so).  She's a unique character – maddening much of the time but so easy to like as well -- that it is easy to see how Lily’s friends and teachers can like her and support her.  And you find yourself doing so as well!
Posted by Paul at 1:03 PM