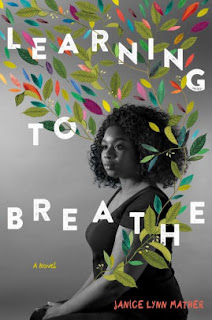 Growing up in a poor and dysfunctional family on an island in the Bahamas, Indy has had to deal with the reputation that her mother has left her with.  And being nicknamed "Doubles" on account of the size of her breasts hasn't helped either.  When her grandmother sends her away to live in Nassau with family, it seems she may have another chance.  But no sooner does she arrive than her cousin starts to sexually abuse her, eventually getting her pregnant.  Knowing without a doubt that she'll be thrown out on the street if her aunt finds out she is pregnant, Indy starts to unravel, missing school and staying away from home to avoid the cousin.  But then a fortuitous encounter with some sympathetic adults gives her an opportunity to fix things, if only she can find the inner strength to speak out and defend herself.

Sort of a Bahama-flavored Speak, what will surprise readers the most about the story is what it is not about: class and poverty.  While there is plenty of patois in the speech of the characters to make it clear where this take place, the setting seemed quite universal.  There was little here to exclusively place this in the Bahamas.  What there is in this novel is an engrossing heroine and many other vivid supporting characters.  There's some shocking cruelty depicted here, but it is balanced by plenty of kindness, as the adults generally rise to the occasion.

I found the story engrossing and hard to put down.
Posted by Paul at 7:39 PM