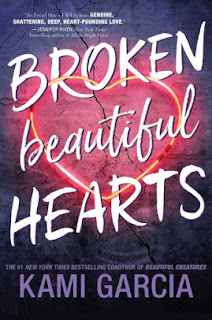 When Peyton discovers that her MMA (mixed martial arts) fighter boyfriend Reed is illegally taking steroids to give him an edge in the ring, she confronts him and delivers an ultimatum:  quit the drugs or she will break up with him.  Instead of choosing, he becomes enraged and throws her down the stairs.  The fall damages her knee and puts her own athletic career (as a soccer player) on hold.  But that is only the start of the nightmare as Reed starts stalking her.

Concerned for her daughter's safety, Peyton's Mom ships her off to live with her brother and two sons.  There, Peyton tries to heal (emotionally and physically) but the process is complicated by two things:  her uncle and a new boy.  The uncle was a compatriot of Peyton's father in Iraq and the lone survivor when their group was taken out in combat.  Seeing him reminds her too much of things she really doesn't want to think about.  The boy is Owen.  And while he is also an MMA fighter, he couldn't be any more different from Reed -- kind, gentle, and protective of Payton.  But even if he is a good guy, Peyton isn't sure she's ready to rekindle romance, even if her heart has other ideas.

Ugh.  Take pretty much any stereotype of YA romance and this novel has it.  And the fighting stuff really did nothing for me.  It's aggravated by a huge amount of stupid male posing going on (so over-the-top that even the characters in the book have to call it out).  The dead and absent parents don't help the story much either and probably contribute to the plethora of poor conflict resolution skills being demonstrated by the kids.   Still, I finished it and for one reason:  Peyton.  She's one of the stronger characters I have seen in a while.  An occasional poor decision here and there is more than made up for by her strong will and clear sense of values.  Her heart may lead her into Owen's arms, but she still knows it's not a great idea and she owns that.  To be able to stand up to all these violent men, she shows incredible bravery.  She fights her own fights to the end -- no damsel in distress moments here -- without relying on the men around her to resolve her problems.
Posted by Paul at 11:49 AM