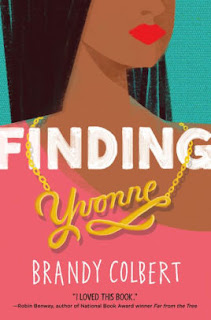 As Yvonne enters her last year of high school, she is losing her enchantment with playing violin.  Up to now, she’s assumed she would go to a conservatory.  But after her teacher drops her, it just doesn’t seem worth the trouble.  Then she meets a street musician named Omar who really believes in her and who inspires her with his own playing and with his casual bohemian lifestyle.

But this isn't the only option she has.  Accidentally, she discovers that she has some serious baking talent.  Her father (a professional chef) and his mentor think she should become a pastry chef.  The idea of following into the same sort of work as her Dad had never occurred to her, but it doesn't seem like a terrible option.

Career is not the only thing that Yvonne is struggling with.  Omar isn’t the only guy on her mind and her long-standing friendship with Warren, her father’s sous chef, is starting to heat up.  Juggling the two guys seems OK as long as they are just friends.  But Warren wants to take it to the next level and things with Omar have moved beyond friendship.  And then events intervene that force Yvonne to make some difficult choices.

I was doing pretty well with this breezy but thoughtful exploration of a young woman’s struggle to discover herself.  There were a few melodramas (a missing mother, some baggage with Warren, etc.) but Yvonne is a great character who stands up for herself and makes all the right statements.  I imagined her coming up with a cool decision at the end that would resolve her dilemma.  But then Colbert throws in the aforementioned crisis out of the blue that amps the story and makes her character more symbolic (and subsequently less interesting).  The twist largely ditches the original story and opens the narrative up to a polemic that sidetracks her character.  The ending is not bad but so much of what the story was building up to is lost.
Posted by Paul at 10:13 AM