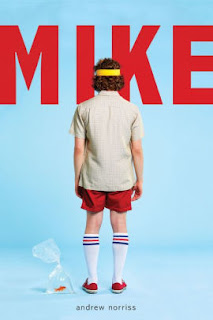 Floyd is an up and coming tennis star on the youth circuit.  But he's haunted by a boy named Mike that only he can see.  Mike is more than a casual hallucination to Floyd.  He's starting to literally interfere with Floyd's ability to play.  And when a sports psychologist suggests that Mike might be trying to tell Floyd something, Floyd gives in and starts to listen.  The message he hears will utterly change Floyd's life.

For a story largely about how the subconscious influences people, Norriss's storytelling is surprisingly free of emotions or feelings.  It's a decent adventure, but largely told in a passive voice that sounds stiff and cold.  Even the romance is told with clinical precision, as just something that happens.  As for drama, suspense is largely lacking.  In the end, it felt like I was reading a biographical entry in an encyclopedia.


[Disclosure:  I received an ARC from the publisher in exchange for an honest and unbiased review.  The book is scheduled for release on February 26th.]
Posted by Paul at 8:03 PM