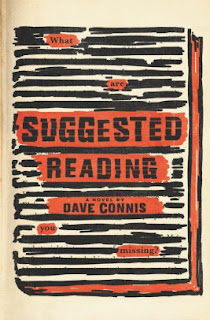 Clara is horrified to find out from her school's librarian that there is a list of banned books.  Worse, the list has just been significantly expanded to include some of her favorites like Speak, The Chocolate War, and The Perks of Being a Wallflower; as well as the novels of her favorite author Lukas Gebhart.  The librarian explains that the books simply go missing from the shelves, so it is impossible to know that they have been removed.  Everything is restricted and no one will take ownership.  When she attempts to find out the reason, she is stonewalled by the Principal.

So, Clara decides to take action.  Leveraging off of a community service project she did that set up little community libraries around town, she sets up drop sites of banned books around the school in abandoned lockers, making them available to the students and encouraging them to be read.  The idea takes off explosively, as her classmates grow curious about what they are not supposed to be reading.  But when tragedy strikes and Clara's future is put in jeopardy, she must decide if her actions have been driven by the right motives.

Any book about free speech and libraries is going to be acquired by any decent public library (acquisitions librarians can't get enough of the things -- it's like cookie dough to them!).  That doesn't mean that it will necessarily be a good book in itself, so I approached this read with skepticism.  Some parts of it really annoyed me:  the tired repetition of the same four or five books (we DO realize that lots of YA classics are banned, right?), the same boring arguments pro and con, and the rather clueless way that Clara approaches her rebellion (how on earth could she be surprised that her actions would go unnoticed?).

But then, other parts of the book surprised me:  the changes of hearts in the educators, the recognition that even good acts can have bad motivations, and some nice insights about the power of act of reading (as opposed to tired cliches about the power of words).  As a result, I came out of this with a mixed review.  The book won't change your perspective about freedom of the press, but it might make you think harder about the importance of reading in and of itself.
Posted by Paul at 11:14 AM