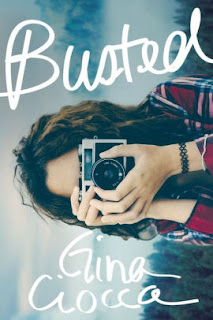 After Marisa helps a friend find out if her friend's boyfriend is cheating on her, it launches a small-time career for her as a private investigator of the infidelities of her junior year class.  But before she's gone too far, she finds herself in a tight spot:  her one-time friend Kendall is convinced that her boyfriend TJ is cheating, but Marisa can find no evidence of it.  Instead, Kendall finds herself falling for TJ herself and in the process discovers that the relationship between Kendall and TJ is rather more complicated than she was originally told.  Meanwhile, Maria's best friend Charlie is threatened with expulsion for an incident of test stealing she didn't do.  Soon Marisa is connecting the two events together, the stakes get raised higher, and a complex series of crosses and double crosses are exposed.

It's a dizzying complex story that leaves you pretty much guessing until the end.  That's the good part.  What I liked less was how hard it was to follow.  It's not a bad story but it's a story poorly told.  The characters lack much personality, making them melt together and leaving me flipping back and reminding myself who was who.  I'm still undecided if the complexity was necessary, but it was certainly a barrier that made the book more work than fun.
Posted by Paul at 8:04 PM