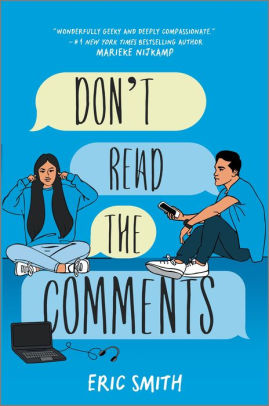 Divya is a hot online gaming sensation.  Her live feeds are followed by thousands, playing a game called Reclaim the Sun.  She has fans and endorsements and she makes a modest income from her playing which she uses to help pay for her mother's continuing education.  But she's also picked up some enemies, particularly among the gamer bro community who see her as an unwelcome trespasser. Some of them are your usual trolls (posting their bile whenever they can, but largely all talk and no action).  Divya has her strategy for dealing with their misogynist and racist comments:  she simply doesn't read what they have to say.  That's all fine and good until a group appears on her gaming session and attacks her and her friends.  The group, which calls itself Vox Populi then goes much further, turning to physical attacks in the real world.

The other half of the story is Aaron, who writes scripts for games and is part of a team that is on the verge of their first release.  He dreams of making it big and getting rich, but he can't even get the person running the project to pay him.  His mother, suspicious that he's being taken advantage of, discourages from spending his time writing.  Aaron, to escape from it all, plays on Reclaim the Sun, where he happens to stumble across Divya.  And in the midst of their two troubles, they find a common bond in their gaming.

Smith has a lot of knowledge about online gaming, using the jargon and understanding the dynamics of multi-player games in a way that shows that he's a fan.  I'm an outsider, so I'll defer to someone else about how authentic the story is, but nothing glaring shouts out.

I can speak more confidently about the storytelling.  Of the two main plot lines, Divya's is really the more interesting and meaningful.  Aaron, who struggles with standing up for himself and winning the respect of his parents is in familiar (and boring) YA territory.  Any spark of romance between Aaron and Divya is undeveloped and not terribly interesting, so we can nix the romantic angle.  That leaves us with Divya facing off against the misogyny in the gaming community, which I found interesting,having heard a little about this in the news.  The rest felt distracting.

We certainly could have used less distraction, because as entertaining as this book is, so much of the story never really gels.  Consider the long list of ideas that get introduced and just sit out there like unexplored worlds:  Divya's fan club, her relationship with her BFF Rebekah, Rebekah's own troubles with men, Divya's relationship with her mother (and that doesn't even get us near any of Aaron's more numerous loose ends).  It is a sloppy story, but that won't distract you from enjoying it, because even a poorly plotted story can be successful with some pretty things to watch and a lot of well-paced action -- sort of like playing a couple rounds of games.