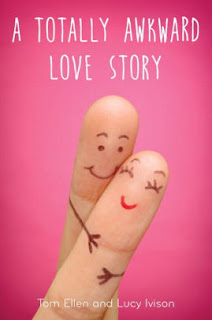 Hannah believes that lobsters mate for life and she wonders when she'll meet her "lobster." She really starts to think she has done so when she stumbles across Sam at a party.  Awkwardly, they meet in a bathroom and therefore her friends nickname him "Toilet Boy." But sadly, fate works against them and Sam mistakenly believes that Hannah has a boyfriend and isn't interested in him.

What follows is a summer of missed opportunities and miscommunications that cause Hannah and Sam to keep not getting together.  Toilet Boy may in fact truly be Hannah's "lobster" but through the haze of young people clubbing and hooking up, the two of them never seem to be able to catch a break.

It's a convoluted comedy of errors that shows much more about British dating customs and binge drinking than anything else.  The striking characteristic of the story is how protagonists are so terribly shallow (admittedly, they are also terribly 18!) so there's not much to bond with here.  Hannah has little self-esteem and blindly assumes that even the slightest hesitation from Sam is lack of interest.  Meanwhile, she lies and sends mixed signals purposely sabotaging the relationship. Sam is only marginally more sympathetic, lashing out easily and he doesn't show much fidelity or common sense.

The story, co-written by two former sweethearts who met when they were 18, is "inspired" by their own relationship but it does the authors no kindness.  Perhaps the story is meant to be funny, but it is as "awkward" as its title promises it to be.  The appeal of the story is its realism, but real is neither heroic nor interesting and that makes this novel a hard sell.  In sum, two immature young people who probably are not ready for a serious relationship try to have one.  Extra bonus final chapter gives us a TMI account of the consummation of the relationship.