Goodbye from Nowhere, by Sara Zarr 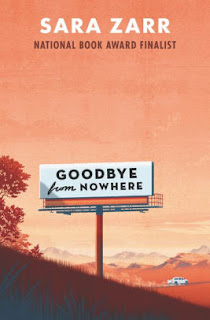 Kyle has has an idealized notion of his family as a perfect gathering of different people united by love, best illustrated by the noisy messy gatherings of his extended tribe at his grandparents' farmhouse.  It's such a warm place and Kyle proudly shows it off to his girlfriend (as well as proudly showing her off to them) at Thanksgiving.

But then his father drops a bombshell on him; his mother is having an affair with another man.  Kyle responds by cutting off his friends,  ghosting his girlfriend, and quitting baseball.  Unable to tell anyone or confide in his friends, he turns to his cousin and eventually his siblings.  While his parents try to keep the affair a secret and fail miserably to keep their marriage together, the whole thing tears Kyle apart.  To put the icing on Kyle's miserable cake, his grandparents have decided to sell the farm.  And so now the whole family -- some in the know but most not -- are converging for a final family gathering.

An emotionally complicated story of family with some impressive nods to Russian literature.  The overall message is not so much a Tolstoyan tale of unhappy families, as it is about how families are really webs of imperfect people behaving imperfectly.  Kyle's idealism may take a hit, but in the end he comes out with a healthier understanding of what is reasonable and unreasonable to expect from family.  At the same time, the novel really does have a Russian feel to it -- an enormous cast of diverse characters who each deal with each other in unique ways.  I always have trouble keeping up with large casts, but in this case, it's really the dynamic of that large family that is the point.  Zarr does a superior job making the whole thing work.