The Sea in Winter, by Christine Day 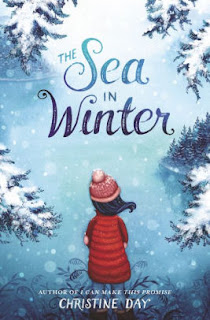 Maisie's plans of becoming a ballerina are sidetracked when she sustains a knee injury in class.  While there is some optimistic news from her physical therapist that she still might be able to practice again, Maisie struggles with depression.  All of her friends were in ballet class and now that she can't participate, they seem to have deserted her.  By no small irony. the girl who talked her into trying the dangerous pose that injured her is now headed off to New York for a summer program.  She will realize her dreams, while Maisie is stuck in Tacoma.  When a later tragic setback cements the fact that Maisie's career is probably finished, she falls back on a counselor, her family, and her rich Indigenous American traditions for support.

A promising book full of fine ingredients but that fails to deliver.  The story of dealing with injury and the struggle for a comeback is great dramatic material but is undeveloped and unexplored.  The injury happened, but without any sort of special note.  The fact that her friends have moved on and that Maisie is having trouble dealing is noted, but not used in the story in any particular way.  And while she mopes a little when it seems her career is over, the author simply skips over her counseling.  She simply doesn't find the story worth telling.

Moreover, Maisie seems largely secondary to the story.  There are long digressions about the mother's life story and various elements of recent Native American history.  All of which is actually fascinating, but is never tied in to the story.  It's as of the author really wanted to write a story about the mother or a non-fiction book about the Makah tribe in the Olympic Peninsula, which makes you wonder why she chose this half-hearted attempt at a story about recovery.