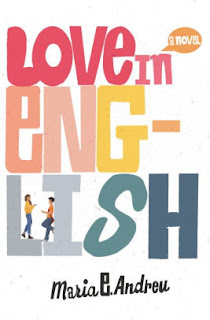 Ana has always had a way with words in her old home in Argentina, but when she and her mother emigrate to New Jersey to join her father, she realizes that years of studying English in school and of watching TV shows has not prepared her for living in the United States.  Everywhere she goes, she is confused by cultural differences and the language barrier.  At first, every other word is #### and #### and we share her frustration while she tries to figure out what is going on.  But she makes friends and slowly develops the tools she needs to express herself as she wishes.

Life brings other challenges for Ana as she grows close to two boys:  Harrison (the sharp looking American boy who is everything she has ever imagined having an American boyfriend would be like) and Neo ( the Greek boy in her ESL class, who shares her challenges and truly understands what it is like to adapt to life in a new country).  Unlike English, there is no class for learning to juggle the feelings with which  Ana is dealing.

Sweet and humorous, this is good YA romance fare, but with the delightful twist of Ana's astute observations on the surprises of American life and the devious complexities and contradictions of English.