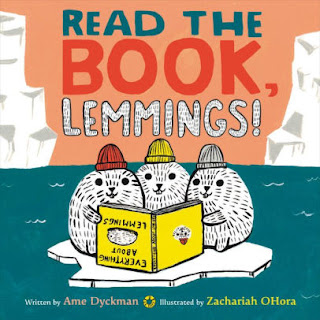 I don't often review picture books, but that doesn't mean that I don't read them!  And when a really good one comes along, I want to give it a little publicity, as in this case.

From the team that brought you the delightful Wolfie the Bunny, this hilarious and clever book is well suited to dramatic reading.  Grownups (especially those working in documentation and end-user training), who have wondered why their own lemmings wouldn't just read the instructions will identify strongly with Foxy.