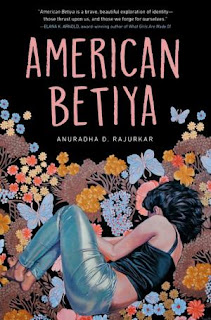 Rani is the type of girl that parents and aunties always point to when they want to show other children what a good girl should be like.  She helps take care of the younger children at parties, she does well in school, and she stays away from drugs and boys.  And while Rani is eighteen now, she knows that obeying her parents isn't just expected, it is essential in her Indian-American community.  She's seen what happens to others who stray away from traditions and adult expectations.

That works for her until she meets Oliver, a bad boy from a troubled family, but with beautiful ideas and a beautiful face.  Swept off her feet, Rani agrees to sneak around behind her parents' backs to see him.  There's no future in it and she makes sure that Oliver understands that she can never ever introduce him to her family.  That too works for a while, but Oliver is definitely unhappy and complains that it is unfair that he can't meet her parents.  He might not be Indian but he belives that he can prove that he's still worthy of dating their daughter.  Shocked that he cannot understand how offensive his presumptions and prejudices are, Rani begins to doubt the relationship itself, which drives Oliver to become more and more obsessive and clingy.

While a large part of the novel focuses on the tensions that exist in cross-cultural relationships, the story also addresses the more universal themes of obsessive first love.  Rani is pretty much an innocent thrown in the deep end, but Oliver's troubled background creates a combustible situation that she is ill-equipped to handle.  Rajurkar herself wants to call out Oliver's racist micro-aggressions, but for me Oliver comes across as more clueless than racist.  Their relationship is less an indictment of institutional racism than a case study in immaturity.