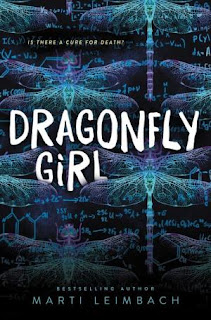 While subject to ridicule at school, Kira is a precocious science wizard.  She has learned how to use her skills to win science contests to make money to help support her mother.  Not just little ones.  Her latest scoop in the international Science for Our Future, where she is slated to receive one of the finalists awards in Stockholm.  The problem?  The contest is intended for junior academics who have recently received their PhD and Kira has not even graduated high school (and if she doesn't pull up her English grades, she won't).

Somehow managing to get her reward without getting caught is simply the start of a journey that takes her into a part-time research job and a remarkable accidental discovery -- the ability to revive the recently deceased.  While Kira is stunned by the achievement for its scientific merits, she is not prepared for the dangerous attention that such a scientific feat brings to her.

The novel, broken into three very distinctly different parts, varies considerably in quality.  The first part, tracing her appearance in Stockholm, is by far the best.  Combining a rivalry with a snooty competitor named Will and some mildly comedic misadventures, it makes for a charming novella.  The second section, which deals with her scientific discovery, also further develops the rivalry with Will and is the logical extension.  But the last section for me is when things fly off the rail.  There's a cruelty and a sadism to this section that represents a dramatic break from the tone of the rest of the story.  In fact, the conclusion seems far removed from the rest of the story.  The result is a novel of discarded ideas (whether they are Kira's relationship with her mother, her problems at school, her romantic feelings for her co-workers Rik and Dmitry, or even the conflict with Will).  By the end, it is clear that none of that really mattered -- Kira's feelings and motives are largely ignored in the end.

The story was engrossing enough to keep reading, but the characters became less coherent and unimportant to that story.  So, a good read, but frustrating and ultimately unfulfilling.