A Short History of the Girl Next Door, by Jared Reck 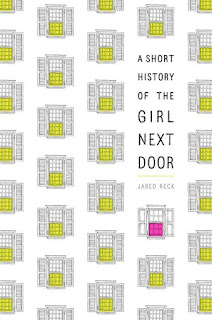 Tabby, the girl next door, has always been there for Matt.  They've hung out with each other since they were babies and know each other better than anyone else.  And while he's never dared to tell her, Matt believes that one day they will end up getting married.  So, when Tabby gets her first boyfriend and it is superstar senior Liam (and not him), Matt is seething with jealousy.  It would be easier if Liam was an asshole, but even Matt has to admit that he's a good guy.  While Matt knows he should be happy for his friend, he can't manage to let go of his anger and resentment.  He feels that he's losing his best friend to Liam.

Then an unexpected tragedy throws Matt into a bad place, where he could really use Tabby's support, but she's not there for him.  Grieving and angry, Matt lashes out at everyone around him.  It takes some hard lessons from his family for Matt to re-center himself and move on.  Learning to put his friendship with Tabby in perspective is central to that healing process.

A few months back, I reviewed Reck's latest book (about Swedish-American food truck sellers) and afterwards went looking for other books by Reck.  This is his first novel and, while it shows the same finely depicted characters, I didn't care for it as much.  There's a LOT of sports action in this one and I find that hard to get into.  If you like male bonding on the court, then there's some well-crafted scenes to take in, but I find it pretty boring stuff.  More important, I didn't find the story  (and its plot twist in particular) all that compelling.  There are so many books about grief and Jerry Spinelli and John Green have covered this territory well.

Reck is a great writer.  While the novel contains the swearing and flatulence humor that seems to be required in "boy" books, he gives a lot of depth to Matt.  There's a beautiful set of scenes mid-way through the book where Matt and Tabby have a real heart-to-heart about toxic masculinity that really makes the book.  Matt's relationship with his little brother is awfully sweet as well, showing that there's much more than just pining after the girl.  There really are not a lot of good contemporary YA books with believable straight male characters (in striking contrast to the past when all children's books were about boys).  I have no complaint with that shift in publishing trends, but it is still nice to see some strongly crafted, emotionally sensitive books about boys.