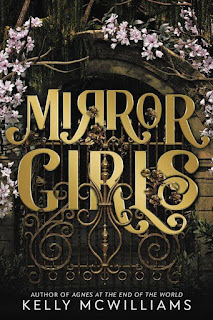 Before she dies, Charlie's grandmother wants to be taken back to Georgia, to the town of Eureka where she was born.  Charlie who grew up in Harlem knows little of the town, except that it's deep in the South.  And while folks are beginning to protest segregation up north, it's 1953 and the South is still stuck in the mire of Jim Crow.  So, for Charlie, the casual and vicious segregation is an eye opener.

But when they get there, Charlie's in for another surprise.  There's more to the trip than a dying wish.  It's time for a prophecy to be fulfilled.  Charlie learns that she has a twin sister, named Magnolia -- a girl who's lily white and been passing as a member of the southern gentry in Eureka.  Shortly after the girls were born, their parents were murdered for mixing races.  The girls were separated.  Their white paternal grandmother wanted Magnolia because she looked white enough to pass as an heir.  And she likewise had no use for Charlie.  Unable to stop the separation, Charlie's maternal grandmother took Charlie north.  But the separation of the twins triggered a series of supernatural events in Eureka.  And the reunion eighteen years later rouses old ghosts, the men and women who live in the "veil" between life and death because of the racial injustice they experienced during their lives.

A swirly atmospheric horror story with plenty of magic, but also more grandiose attempts to explore the curse of slavery and racial inequity.  I was pretty excited at first at the audacious ambition of the idea.  McWilliams's previous novel (Agnes at the End of the World) showed that she had the skills to pull this off.  However, despite her affinity with the characters, she doesn't have much understanding of the subject matter.  Her vision of the south is largely stereotypes and two-dimensional characters (sadistic white racists, virtuous blacks).  There's little of the nuance that would show how the evil of segregation could exist -- the evil that is precisely what the novel is focusing upon).  It's all interesting as an idea and the melodramatic finale is surprisingly effective and original, but for the most part the storytelling is simply not executed very well.