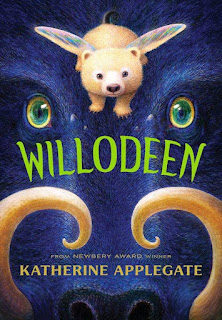 Willodeen lives in the village of Perchance.  Perchance is known for its annual Bumblebear Faire, where the cute little winged bears and their bubble nests are honored and celebrated.  The Faire brings much needed tourist money to the village.  But in recent years, a combination of increased forest fires and the mysterious dwindling of the Bumblebears themselves has jeopardized the future of the Faire.

The key seems to the decline of the Bumblebears seems to lie with the Screechers -- a unloved pest that plagues the countryside and which only Willodeen seems to appreciate.  Most people would prefer to eradicate the Screechers and concerted recent efforts to kill them have been almost successful.  Willodeen proves that that was a mistake.  However, even after Willodeen discovers the link between the animals, she still has to find the personal strength to present the unfortunate news to the grownups in Perchance, overcoming her fear of public speaking and criticism.

With its ecological theme, Willodeen has a political angle, but it is also a universal story about finding one's voice and learning to articulate it.  Both themes are valuable.  I felt that the backstory that explains Willodeen's fear of the public was sketchy and could have been better developed, but the depiction of how Willodeen followed the scientific method to identify the interrelation between Screechers and Bumblebears was clever and exciting.  A fast read, suitable for early readers but enjoyable to much older ones.  Fans of Greta Thunberg should consider the book to be obligatory reading.