Everything I Know About You, by Barbara Dee 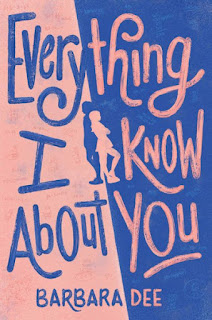 For their class trip to Washington DC, the teachers have decided to assign roommates.  It means that Tally won't be able to be with her best friend Sonnet, let only her friend Spider, a boy who she has taken under her wing to protect him from being teased and bullied.  But it gets worse: Tally's forced to share a room with Ava, the queen bee of the "clone girls." Tally and Ava can't stand each other.  Ava is always putting down Tally's refusal to follow convention.

Tally's proud of being a free spirit and considers her stalwart loyalty to Spider to be one of her most redeeming qualities.  However, the trip forces her to confront certain uncomfortable truths about herself as her friends start making new friends.  When Spider starts branching out and befriends a former tormentor, Tally's concern becomes possessive and smothering.  And her free spiritedness comes with a judgmental thread (which comes out when she finds Sonnet starts befriending some of the "clone girls").  Harder still is Ava, who turns out to have a nice side and reveals to Tally that she has an eating disorder.  Tally finds herself in a bind between being loyal to Ava and obeying her conscience which is leading her to tell an adult about the situation.

Barbara Dee writes really nice middle grade books.  The topic here is pretty standard Afterschool Special material, but that doesn't make the story any less enjoyable.  The kids are pitch perfect and the sermon (about getting a grown-up involved when someone's in real trouble) is kept low-key.  The stand out part is Tally herself -- a wonderfully rebellious free thinker in the classic footsteps of Anne Shirley.  How can you go wrong?